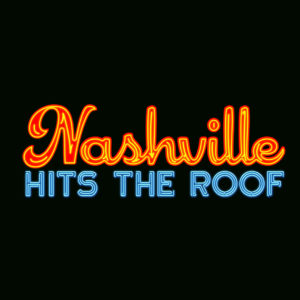 Some of today’s biggest names in country music have already rocked the Tin Roof stage & tomorrow’s next big stars are now playing our ‘Nashville Hits The Roof’ concert series. This series features Music City’s hottest up and coming acts on the Tin Roof stage for a FREE show. We’re always adding new acts so plan to join us regularly to discover your new favorite artist & the next big country music act at Tin Roof.

Nashville’s country-folk performer Zachary Scott Kline made the leap from football to music six years ago when he relocated from California to Tennessee. As one of the highest-rated quarterback recruits ever to play for the University of California, ZSK opted to pursue a career in music as a “truth-teller”, favoring to express himself with deep narratives in his music reminiscent of Jason Isbell. His debut album Drugs, Jesus, and Fireworks has established his footprint in music city, with even more music primed to release at the start of his Nashville Hits the Roof tour.